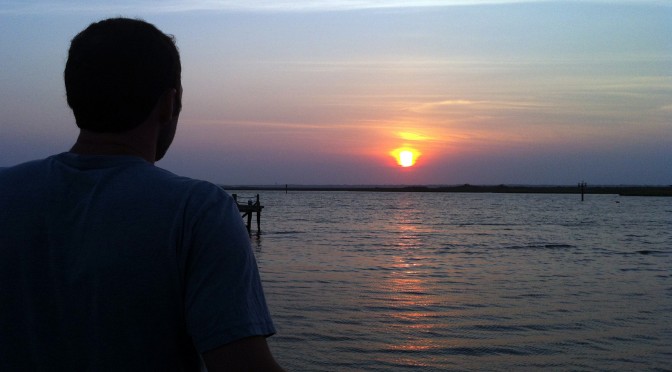 “Without going outside, you may know the whole world. Without looking through the window, you may see the ways of heaven. The farther you go, the less you know.” –Tao Te Ching

Advances in technology and the Internet have changed the world completely in the past decade. This is mostly a good thing, but I want to discuss its impact on traditional martial arts culture. YouTube, Google, social media, and web forums make it possible to study martial art forms, Chinese philosophy, and history, and communicate with practitioners across the globe from the comfort of your home computer. These conveniences make us all more connected and, in a way, ensure the survival of some parts of a traditional culture that is in danger of dying out.

However, these technologies can also be hurtful to a culture which has its roots in a Way of Honor that few understand. There is a code amongst members of a Traditional Martial Arts Family, a code that extends to the greater martial arts community. This code is not often vocalized, but depending on a person’s actions (including activity on the internet), you can tell if that person is truly, at heart, a follower of this Way.

My Teacher has told me about unscrupulous individuals who would travel to China or Taiwan, have their picture taken with a famous master, then return home and, based on the photo, claim to be that teacher’s top student. This is despicable, but today equally unethical measures are being taken by charlatans hoping to mislead their students and claim expertise in authentic martial arts.

Because of the widespread use of YouTube, many martial art forms and movements can be viewed online by interested individuals. Although this is overwhelmingly a positive thing, credit should be given where credit is due. Unfortunately, this free and well- intentioned media is easily exploited by some martial art teachers who copy or learn these forms online and then claim lineage in these arts, without ever having actually trained with or been authorized to teach by the head master of the school who’s art is being plagiarized. This sounds unthinkable to a real practitioner, but such immoral people do exist. The real victims of these acts are not only their misguided students but, more importantly, the actual members of the lineage, past and present, whose secrets are being pawned off as someone else’s and whose ancestry is being polluted. Misrepresenting oneself this way is more common today than ever before. I have personally encountered individuals who have been led astray by such imposters, and it is truly depressing to witness the results of such fraudulent tutelage. The finer points of a martial art system (alignment, timing, breathing, etc.) is most efficiently taught through direct transmission, from teacher to student. There is no substitute for a qualified Teacher, and if you have no access to one I suggest you purchase and study an instructional video or DVD directly from a reputable Teacher, establish a communication with him via telephone, Skype or email, and arrange to eventually visit him for corrections.

I would also caution students never to post videos of their school’s forms and curriculum online without first obtaining permission from their Teacher. This should be common sense, but too often a student will do just this without considering the serious consequences his actions will have for his Teacher, his fellow students, and the future of his School. Obviously, this is a major betrayal to his Teacher, who has put his trust in his students to remain loyal to the School and to honor the traditional processes of learning a martial art. In olden times, a student was often subjected to an extensive probationary period, wherein his character, loyalty, morality, and spirit were observed and tested. Only after these requirements were satisfactorily met was he actually admitted into the Lineage and his real education began. In this way, the Teacher ensured the School’s Teachings would be passed on to the right people, and the Arts would not be abused, altered, or lost. Today, such customs are not as common or possible, thus it is more important than ever that students of Traditional Martial Arts respect the Teacher/student relationship and not abuse their teacher’s confidence by revealing his knowledge to unauthorized individuals. Such actions, in the long run, hurt the Teacher and the School, not to mention fellow students, who may have trained many years in preparation for learning certain subjects only to see them paraded before the whole world online in what really is a desperate form of exhibitionism. This is to say nothing of the fact that it is bad for business.

Another unfortunate side-effect of the internet age is the abuse of the online forum which, although designed to facilitate the free exchange of useful information, is often utilized by disgruntled martial arts enthusiasts looking to discredit or otherwise invalidate a particular martial artist, style, or school. Even a casual perusal of the popular online martial arts forums reveals not much more than an onslaught of smear campaigns, petty squabbling, and ignorant pontifications. Unfortunately, young and impressionable aspiring martial artists have no other resource for information concerning the culture and society of martial arts, as there are no longer any unbiased news publications or magazines available.

These online forums have the potential to become real outlets for education, the sharing of information, and journalism. But as of now, they tend to be havens for the dissemination of false information, populated by miscreants hiding behind the safety of assumed identities, free to pursue any devious agenda they wish. Mud-slinging, false accusations, and irresponsible commentary are disgorged back and fourth by participants, free of consequences or accountability.

The internet and the technologies surrounding it have made much of history’s wisdom available to us in seconds. At our fingertips, we can obtain virtually any body of knowledge we desire. People should remain free to access this information in any way they choose, as well as to spread information, criticize, critique, comment, and communicate in any fashion they like, positively or negatively. Theses rights are afforded us and protected by the 1st Amendment, and I will always defend a person’s right to exercise these liberties, no matter how I personally feel about the way they choose to go about it. That is, after all, what makes America free. And that Freedom is priceless.

An authentic, intact, original Kung Fu System is also priceless. It is an intangible treasure; it has no physical form, it is not an object or an item you can purchase in a store. You cannot judge its value based on it’s weight, it’s size, or the material it is made of. Sure, you can pay your teacher for classes, you can purchase a membership to a school. But you cannot truly “buy” a Kung Fu System. Its real value reveals itself to you over the course of years. Countless hours of sweat, blood, pain, exhaustion, sacrifice, and commitment are what you actually pay, continuously. You get much more than you originally bargained for as well. Authentic Martial Art Systems are treasure troves that go back thousands of years, in some cases. We should preserve them, not dilute them. Authentic Martial Art Teachers are living treasures; we should support them, not mistreat them.

I urge all practitioners to use these online resources in a constructive, positive way, to support our culture and traditions, not destroy them.